The Atlanta History Center (AHC) consists of a number of attractions spread across 33 acres on land north of Atlanta in historic Buckhead.

On the grounds is the Atlanta History Museum, which boasts numerous exhibits/galleries celebrating Georgia’s past and its native sons and daughters. Prior to a recent $14 million renovation, the entrances to these spaces were covered, after hours, by non-descript garage-type rolling metal doors. While offering security for treasured items, they also hid them. This created a dark, uninviting space. In addition, the front reception area was in need of a little rejuvenation. While still a popular destination, the AHC was beginning to show its age.

HOW STORAGE MADE THE DIFFERENCE. 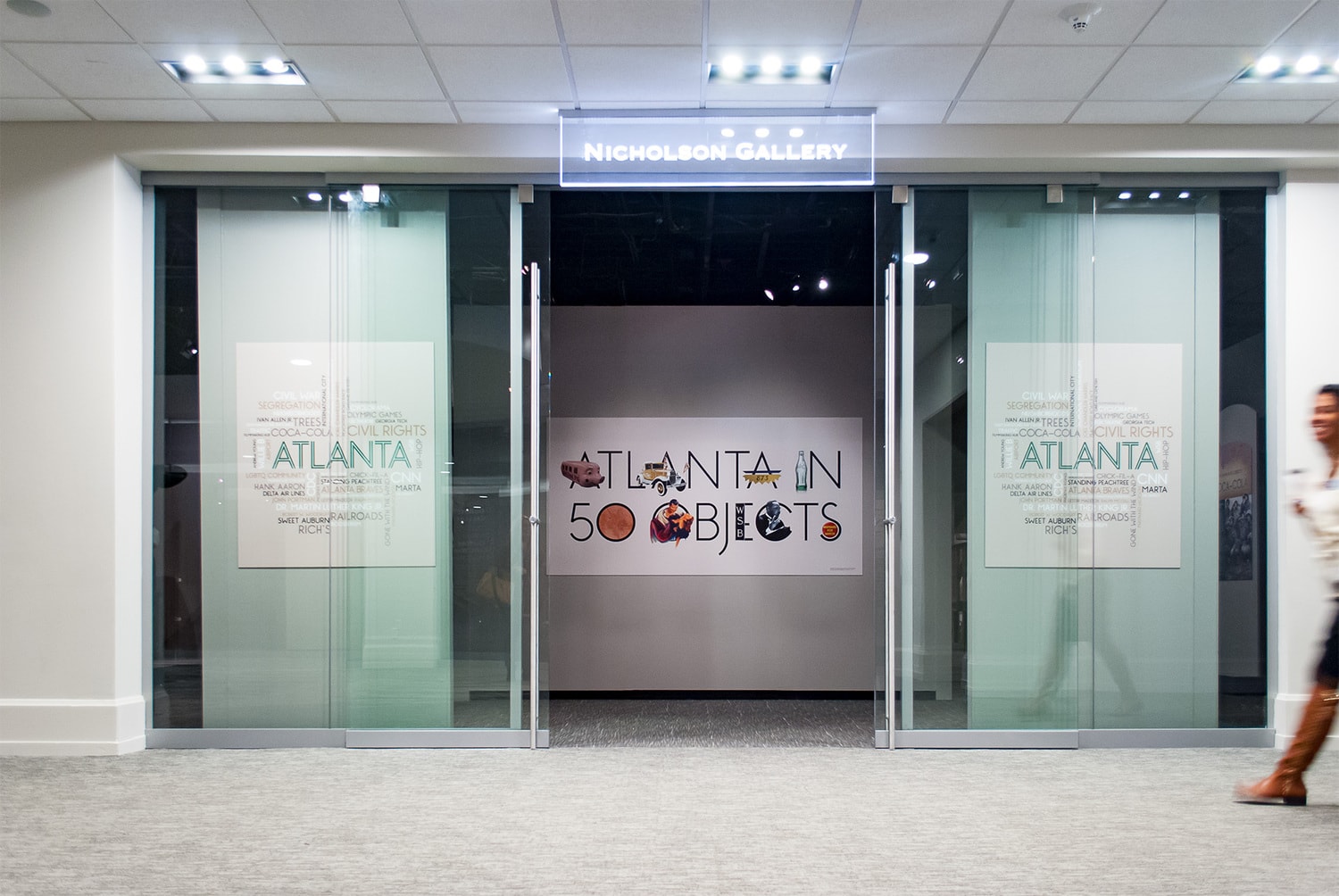 Realizing what a boon it might be to showcase those treasures – even during times when the museum was open only to host private groups whose attendees might wander the halls – Patterson Pope sales representative Gene Reilley recommended KI Lightline. The “glass wall” featured a door and was expanded to 30 feet wide to cover the entire front of the various galleries. As a result, curators were allowed to create window displays that drew curious visitors by showcasing what was inside.

“The Lightline product fits a niche. Patterson Pope worked around cases with museum objects in them and around visitors. Their patience and their professionalism paid off,” said Jackson McQuigg, the AHC’s vice president of properties.”

Stuff matters to Robert. In fact, you could say he knows stuff inside and out. Literally. He played the role of "Stuffey" in our most recent P2ube Video series. So chronicling Patterson Pope's battles with stuff problems was a good fit. In his free time he enjoys collecting staplers, ball point pens and sugar packets.

In order to view the content you are trying to access, we ask that you submit a small amount of information. Please click the button below to get started. It just takes a second.
Alright, Let's Go!
Next Case Study
Georgia National Guard: Maintenance Parts Storage

Submit a bit of info to view. Don't worry... you only have to do this once to gain access to all content on our site.

Oh, and no need to worry about us sharing your info or filling your inbox with emails. Just an occasional educational piece that you can easily opt out of. Promise.